The works exhibited in the Galleria Famiglia De Martiisat Palazzo de Nordis cover the twentieth century through both abstract and figurative styles, with some small, but significant, examples of Impressionism.

There are two fine pastels by Henri de Toulouse-Lautrec, but the Collection takes us back to Paris – one hundred years later – with a fitting tribute to Édouard Pignon, a leading exponent of La Nouvelle École de Paris, of whom there are seven works 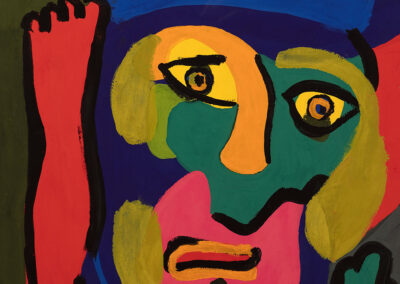 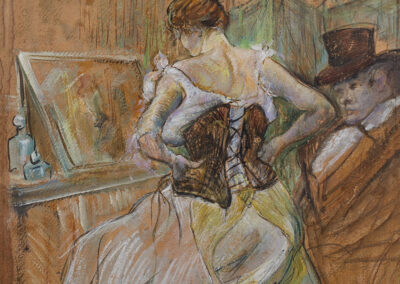 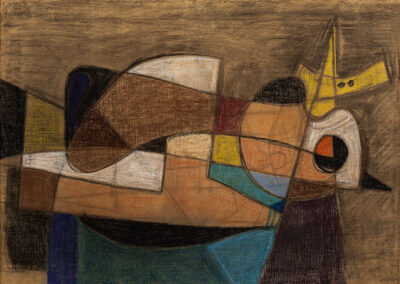 The collector has dedicated particular attention to two contemporary artists: Mario Di Iorio fro, Friuli and the Austrian Annemarie Dreibholz-Humele. Emblematic also in terms of location, the two artists coincide with the geographical demarcation line in which the collector’s daily life takes place: Friuli as the territory of origin and Vienna, the place of their cultural training and residence.

Finally, the collector’s most recent passion for some of the paintings attributable to the avant-garde of the Eastern countries of the early twentieth century: authors unknown to the general public and therefore still to be studied in greater depth, for example, Vasily Ermilov, Aleksej Georgievič Jawlensky, Ljubov’ Sergeyevna Popova, Ol’ga Vladimirovna Rozanova, Pravoslav Kotik, Nadežda Andreevna Udal’cova, Aleksandr Michajlovič Rodčenko and many more